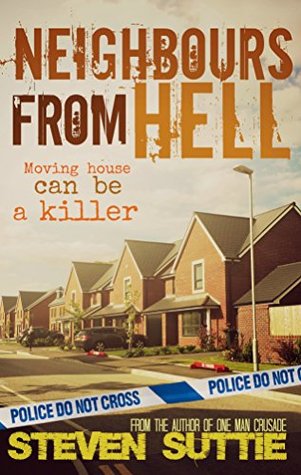 The Haughton Park development just outside Manchester is an exclusive new suburb of expensive homes for professional families. When the developer fails to sell half of the properties, the project is thrown into financial chaos.The local council steps in with a workable solution. They propose to use the unsold homes as social housing for homeless families, in return for the much needed cash injection that the developer needs to pay the bills.

It’s a win-win situation. Or is it?

Many of the home-owners are up-in-arms at the proposal. They don’t want the place over-run with the poor. They start a media campaign to stop the plans. But they are defeated. The homeless families are given temporary accommodation on the swish development.

Mum of four Rachel Birdsworth is one of the new residents, and she’s determined to get past these stupid class differences. She does her very best to get along with everybody and make new friends. It all starts off quite well. But when she realizes that the home-owner across the road is a wife-beating bully, and that his wife is a virtual prisoner in the home, she wants to help. But this kind of help has deadly consequences.

DCI Andrew Miller is back, trying to get to the bottom of what exactly has happened over at Haughton Park in this heart-stopping, dark thriller from One Man Crusade author Steven Suttie.

WARNING, Contains bad language at times, particularly when the poor are talking. Includes the very worst swear word (on two occasions)
Please do not purchase if offended by swearing. Thank you.

I read and enjoyed the authors first book, One Man Crusade a while back which is the first in the DCI Miller series. Neighbours From Hell even though the second in the series, can still easily be read as a stand alone.

This novel felt so different to the first in the series. To be honest I had almost forgot about it being a crime series as the police don’t feature in the story until quite late on in the story.

The idea behind putting homeless families and mixing them with very well to do families on a posh housing estate is just brilliant. It actually brought a bit of humour into the story in parts which I loved.

I loved Rachel who with her family move onto the estate. Rachel is one of these salt of the earth people and her and her husband are determined to keep their heads down as they are very grateful for the opportunity they have been given and don’t want to risk being kicked out and being forced to live in a caravan again with their kids.

Susan is also a great character who you can’t help but feel for as she is in a loveless marriage and is very lonely. Her husband Graham is extremely dislikeable as well as being arrogant and a bully. I was glad that Rachel and Susan became friends as it was good to see Susan have someone to go to and that someone had her back.

It is really hard to say much more than that about the story as there are some twists and turns in there that come as a bit of shock and one in particular that you could have knocked me over with a feather as never for a minute so that coming.

Some other readers have mentioned about the amount of swearing in the novel, to be honest what swearing is in the novel is paramount in making the story more real as it wouldn’t have worked without it. I will admit to being slightly worried as I’m no prude but it did make me wonder if it would spoil my enjoyment of the novel, well after reading it I can quite happily say it didn’t and to be honest I think there was just the perfect amount without it over powering the story.

Neighbours From Hell is a great read that I did not want to put down as I was so wrapped up in the housing residents lives. It really is such an enjoyable read that will take you by surprise in more ways than one.

Neighbours from Hell is available to purchase from Amazon.

2 thoughts on “Neighbours From Hell : DCI Miller 2 by Steven Suttie”