Delighted to have Tony J Forder as my Get To Know author on my blog today. 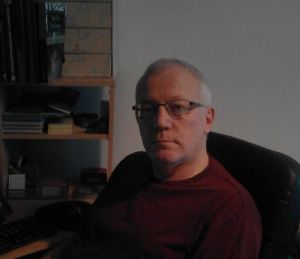 I will soon turn 59, and by then will have been writing for around 50 years. I was a pretty precocious young reader, and it wasn’t long before I was also penning my own stories. I’m told that whilst at Primary school one of the books I chose to read was my dad’s dog-eared copy of Thunderball. But it was Alan Garner’s The Weirdstone of Brisingamen that flicked my switch. The fantasy element appealed to my already wild imagination, which in turn fuelled my desire to write. Until that point I hadn’t a clue what to write about – I was a kid, what did I know? But Garner’s book made me realise that you could write about anything, that it didn’t have to be of this world.
So even before I’d reached double figures in age I started writing. It was all probably a great deal of nonsense, but I was expressing myself in a way I’d never been able to before. My dad told me that not long after I started secondary school, I wrote what I now think must have been a novella of sorts, all about what things would have been like if the Germans had won the war. Down the years I continued to write, and those who read my stories insisted I ‘do something’ with them. But it wasn’t until I was around 30 that I thought I might be good enough. So I entered a short story competition, and won with Gino’s Bar and Grille. The competition was judged by someone from Pan Books, and as part of the prize the story was published in Dark Voices 2, part of their new Pan Book of Horror series. Over the next couple of years I managed to get another story published by Pan, for Dark Voices 4, plus a third in FEAR magazine (the UK equivalent of The Twilight Zone from the USA).
Had I continued in that vein perhaps I might have gone on to publish more. Yet, having written over a hundred shorts by then, I decided to attempt my first novel. The first was hugely derivative, the second was not too bad and almost got taken up by an agent. Almost. After a brief lull, during which my reading tastes switched from horror and dark fantasy to crime and psychological thrillers, so my writing veered towards what I decided was a more disciplined form of writing, in that crime and thrillers have to have some factual credibility, whereas previously I had been able to write literally anything.
Oddly enough, since that day, I have never been able to complete a single short story. My mind just doesn’t think that way anymore, and I miss it.
I got myself en editor who taught me a huge amount. I completed 3 more books, 2 of which are now available from Amazon; the third is freely available on my website, because I don’t consider it to be up to scratch. But whilst I again came close to obtaining an agent, close doesn’t win you any cigars.
Work and illness conspired to rob me of time and energy, so my writing tailed off to mere scraps and ideas. If I’m honest, I also became disenchanted with the whole thing. That said, the scraps became larger, more detailed, and began to foment inside my mind. Towards the end of last year, discovering I was about to lose my job seemed to release both my imagination and inspiration. Like freed birds they took flight and soared once again. I took up one of the scraps and decided I had another book in me after all.
So, I created an on-line presence, made my books available on Amazon and elsewhere, and steeled myself to get that next book written. Its tentative title is Scream Blue Murder. It began as a one-off, fast-paced  thriller, but somewhere along the way I developed a couple of characters who may have more to say for themselves once this one is put to bed. It has a different style and feel to it compared to my previous works, and I think it’s my best work to date. But who really knows?
These days I am a part-time ICT consultant to education, and a part-time writer who desperately wishes the latter was full-time. I live in Peterborough, am married with one daughter who also has the writing bug, and has had a few poems published.

You can keep up to date with Tony Forder and his books on the following sites:

The Man Who Was Magic, by Paul Gallico

Unclear. It was a book about a young boxer and his life, and I simply cannot remember its name. If I had to summon it up I would say it was called The Contender, but I may be reaching.

Tough one. Toss up between Hannibal Lecter and Harry Bosch. Ah, let’s have evil triumph over good and go for dear old Hannibal.

Can I opt for a novella instead? I loved Rita Hayworth and the Shawshank redemption, by Stephen King, and Shawshank is my favourite movie of all time. If I had to go for a novel, then it would have to be Jaws.

Too many to mention.

Has to be the book signing event for Dark Voices 2. It was at The Forbidden Planet bookstore, which back then was in New Oxford Street. I actually queued up outside with the fans and readers, and saw these authors walking past and going inside. It was only after about half an hour that I tentatively knocked on the door and said, “Excuse me, but I think I’m supposed to be in here now.” It was a wonderful night. The words Brian Lumley said to me feature as part of my other Bios, but other standout moments were when two of the people having their books autographed told me mine was their favourite story from Dark Voices 2. 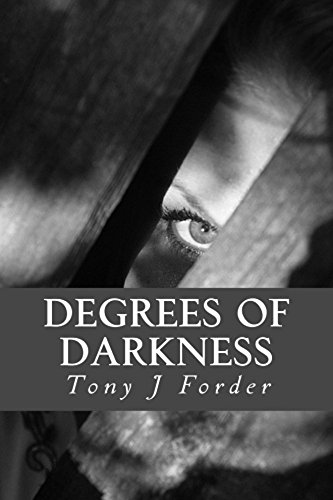 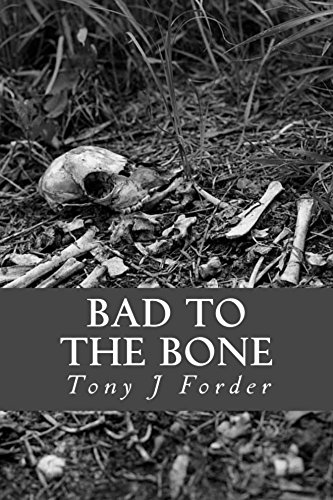 3 thoughts on “Get To Know… Author Tony J Forder”