So excited to be able to share with you an exclusive extract from Watching The Bodies which is the first in a brand spanking new crime series by the very talented Graham Smith. The awesome Noelle Holten over at Crime Book Junkie is sharing part 2 of the exclusive extract which will be up on her blog tomorrow, so make sure to stop by. 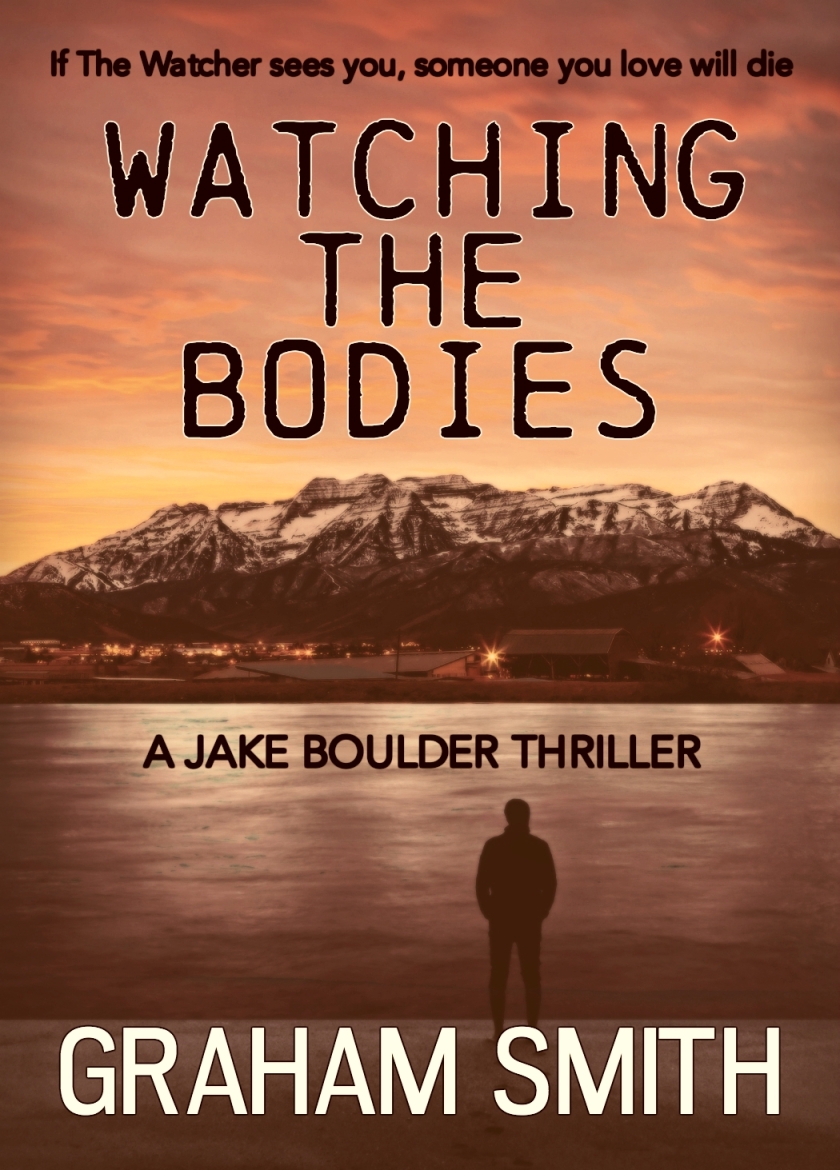 When the woman gets within twenty yards of the body he’s dumped, the Watcher presses his body into the earth and raises his binoculars to his eyes.

She’s in her mid-fifties and accompanied by a Labrador puppy on a retractable leash. She’s relaxed, enjoying the walk and the time away from the stresses of work and family life.

Her face is familiar. After a moment’s thought he places her. The woman approaching the body is Mrs Halliburton, his former history teacher.

As she nears the body, his thoughts float back twenty years to a classroom full of bored children feigning interest in the Civil War. Details about the Confederates, the Union, and various characters like Robert E. Lee and Ulysses S. Grant are sketchy at best, yet he has total recall about the looks he shared with Jennifer Braidwood.

He brings his mind back to the present as he sees the puppy straining at its leash, tail between its legs. Its nose points at the body as clumsy paws scrabble for purchase on the pine needles littering the trail.

He sees the look on Mrs Halliburton’s face change. She’s spied the bare leg poking out of the bushes, just like he’d planned someone would when he laid the body there. He didn’t plan for her to be the one to find the body, but he did plan for it to be found.

The Watcher sees her cross herself and rein in the puppy. With it stationed at her heel, she takes short, tentative steps forward until she is at the bush. She lifts one foot and nudges the exposed calf with the toe of her hiking boots.

He waits for her to realise there won’t be a reaction. Every detail of her face is observed as she travels from concerned to afraid via a short detour to curious. He sees curiosity return.

A shaking hand reaches out and parts the thin branches of the cottonwood bush. He watches her eyes widen as she sees the damage wrought by his knife.

He imagines he can hear her gasp as she looks at the body. The mumbled words as she pats her pockets looking for her cell phone.

Leaving her to her discovery, he rises and slinks through the undergrowth, his ghillie suit casting debris with every step. Five minutes later he is at a new vantage point, deep in the depths of another cottonwood.

Mrs Halliburton comes down the trail, her feet moving with urgency. He watches as she unlocks a car and removes a cell from a bag.

With his notes made, he leaves before either the cops or dusk arrive.

Watching The Bodies is available to pre order on Amazon. 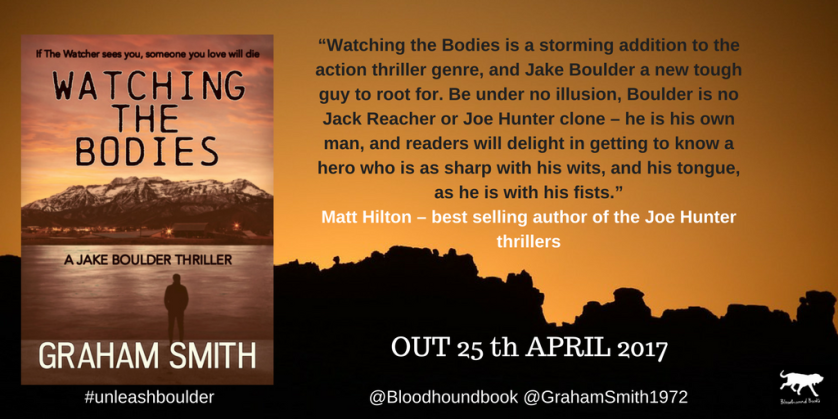