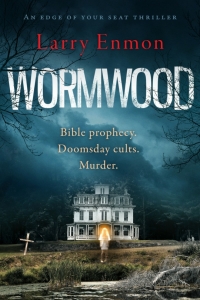 In Dallas, Texas, Katrina Wallace goes missing. As the mayor’s daughter, her kidnapping triggers mounting political pressure and forces the Chief of Police to put two senior detectives on the case. Rob Soliz and Frank Pierce have done the impossible in the past, but their methods are unconventional.

The only evidence at the scene is a Bible found in the girl’s car and soon Frank and Rob find themselves involved in a disturbing investigation shrouded by Bible prophecy, doomsday cults, and murder.

Is Katrina still alive? And what exactly is Wormwood?

As the trail leads them into the woods of rural East Texas, Frank must deal with his lingering religious doubts and solve the case. His worst fears will be realised when he must discover the ugly truth about Wormwood. But he and Rob will have to get out alive to tell the story…

I have just found my new favourite crime writing duo!

I’m sorry but OMG! Where have Rob and Frank been all my life? I absolutely love them!

The chemistry between these two guys is hard not to get wrapped up into. Total opposites but yet they are the absolute dream team. Think Starsky and Hutch, Crockett and Tubbs. Basically the best of the best.

There was the perfect amount of humour to off set a dark and tense read. Being brought in to investigate the disappearance of the mayors daughter, the pressure is very much on for the two detectives to solve the disappearance and deliver Katrina safely back into the arms of her parents.

The story flicks between the detectives whilst they try to find clues into what has happened and Katarina and the ordeal that she is going through.

The pace picks up the further into the story the reader gets. I love how the author lets us get to know the two main characters over the course of the novel and I have to say it really humanised them for me and I felt a real connection. So much so that I am desperate for more.

It’s very rare I give five stars to the first book in a crime series as usually there is a lot of background and getting to know the characters that it detracts from the main story line. This isn’t the case with this book. I fell easily into the story while instantly being drawn to Rob and Frank as the author gets the perfect balance.

Wormwood is a brilliant start to a brand new crimes series. Dark and gripping from the off, this is one edge of you seat read that has you cheering on the sidelines for the good guys to win. My only issue is how long do I have to wait for the next one?

Wormwood is available to purchase from Amazon. 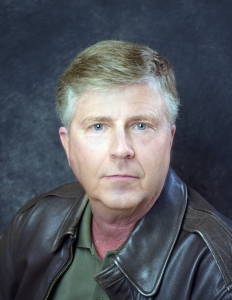 Larry Enmon retired from the U.S. Secret Service and started writing. During his career he acted as liaison between the USSS and FBI, working in the Joint Terrorism Task Force.  He received special training from the FBI and CIA in weapons of mass destruction.

For relaxation, and to get away from the city, he likes spending time at his ranch in rural Eastern Texas. With 200+ acres, private shooting range, a 2 ½ acre pond, and miles of woodland trails to explore on four-wheelers and RTV’s, it’s the perfect getaway.

He swims four miles a week, holds a Divemaster rating with the Professional Association of Diving Instructors and has a black belt in Tang Soo Do karate.  He is married with two children and lives in Tarrant County, TX.