In the arid expanses of Australia’s red deserts, a killer is preying on British female backpackers. Dubbed ‘The Dingo’ by the media, he stalks his prey then disappears without a trace.

In a bid to catch the man responsible, the local police call on the talents of Melbourne’s finest, ex British cop, Lawrence James and leading criminal psychologist Jesse Sandersen.

Meanwhile, James has unfinished business with Melbourne crime kingpin, Cyrus Bain, a gangster who will do whatever it takes to stay out of jail.

When another young girl disappears, it is a race against time to catch the killer.

Can James bring The Dingo to justice?

Will he escape with his life intact?

In their hunt for the murderer, James and Sandersen unearth some disturbing secrets that many would rather remain buried.

I couldn’t not read this book after reading the description. Just sounded to good a book to miss out on.

The story is actually a relatively quick read and only took me a few hours to devour. The chapters are pretty short and snappy so you have that hard task of deciding which chapter you actually stop at to take a break. I just kept telling myself one more and then all of a sudden I was nearly half way through!

The setting couldn’t be anymore perfect. You really get the whole sense of the outback and how far away from everything you can be. I kept getting the Aussie accent in my head and trying to talk the lingo. Failing miserably I may add.

The book actually kind of reminded me of a television crime series but for the life of me I can’t remember it’s name. I think because we jump from place to place in quite quick succession due to the chapters, it makes the whole read set at a very steady pace, quite often picking up pace quite dramatically.

I have to admit I would have liked to have got to know the main characters a bit better. There is enough to be going on with but I didn’t quite get the usual connection I usually would do. The epilogue had it feeling like the story was a one off but was glad to see that there is more to come from this duo as definitely want to get to know them better. I love the pairing as Jesse being a criminal psychologist, which is something that has always fascinated me, I think guarantees just what we can look forward to in future books.

The Hunt For The Dingo is a definite must read for crime fans who love a fast moving and action packed story. It certainly had me on the edge of my seat routing for James and Sanderson to catch the killer and when all is revealed, it certainly did not disappoint!

The Hunt For The Dingo is available to purchase from Amazon. (Please note that link used is an affiliate link) 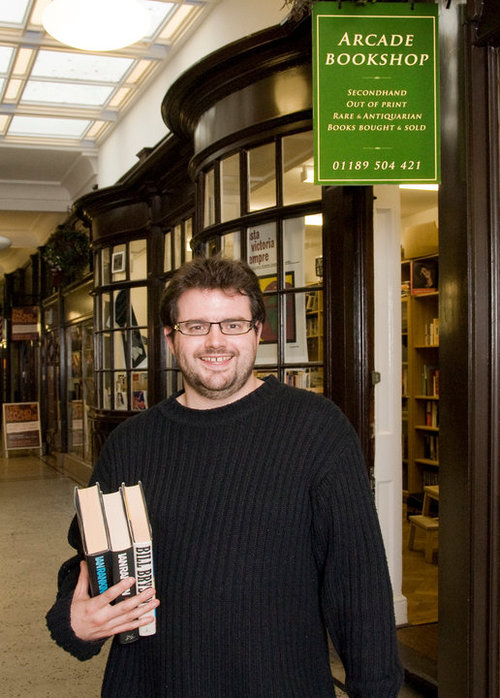 P.J Nash was born in Nuneaton, Warwickshire, the birthplace of George Eliot and Shakespeare, respectively. Not surprisingly he decided he’d like to be a writer too.

After studying history and working in PR for a few years, he was running a second hand bookshop, when wanderlust and destiny in the form of his future wife took him to Prague.

During his time behind the counter in the shop and travelling on trams between English lessons he wrote his first crime novel, The Hunt for the Dingo featuring maverick British expat cop , Lawrence James and and his hunt for a serial killer in Australia. On his return to the UK, he drew on his Bohemian adventures to write his second crime novel featuring Lawrence James and his co-investigator, Dr Jessie Sandersen.  He currently lives on a narrowboat with his wife Clare and grumpy cat, Lulu.

In his past life P.J. Nash was a Special Constable for the Warkwickshire police.

Nash is also a member of the CWA and International Thriller Writers.

1 thought on “The Hunt For The Dingo by P.J. Nash @Bloodhoundbook @PJNash2”