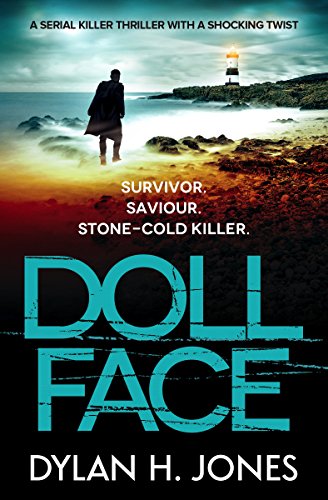 Three months after solving his last case, DI Tudor Manx leads a harrowing investigation to catch a killer terrorizing the Isle of Anglesey.

After the body of the first victim, Sian Conway is found, the suspicion quickly falls on her boss, Kimble McLain, and her volatile ex-husband, Liam Fowler.

The autopsy soon reveals Sian was eighteen weeks pregnant and when the coroner finds a religious text hidden in the victim’s liver, Manx suspects this could be the work of a serial killer.

The case takes a shocking turn when footage of Sian’s murder is discovered.

With a twisted killer on the loose and a rising body count, Manx’s personal life hits rock bottom when an old colleague from his past hits him with a bombshell revelation

Why does Kimble McLain have links to each of the victims?

And what is the killer’s real motive?

In a race against time to reveal the killer’s identity, Manx will face his toughest case yet. 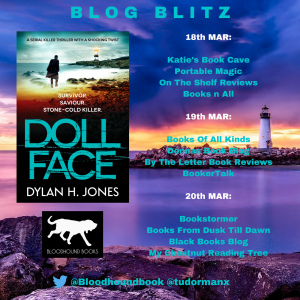 Doll Face is the second book in the DI Tudor Manx series. I actually felt it read quite easily as a stand alone so definitely not essential to have read Anglesey Blue (the first book) before reading this one.

As with Manx and the rest of the team, it wasn’t long before I was totally flummoxed as to who on earth was behind the murders. The murders are brutal and probably not one for the faint hearted but it had me well and truly hooked and I couldn’t turn those pages fast enough.

There is a certain amount of camaraderie through out the book which I thought worked really well giving some light relief at times from what is mainly a dark and compelling read. Manx is one of those characters that grows on you the more you read about him.

The story is set at a steady pace with relatively short chapters that keep you turning those pages. As with a lot of crime books, as they start to close in on the killer you can feel the tension mounting whilst the pace picks up dramatically. The outcome was extremely satisfactory with some surprises and literally had me on the edge of my seat.

Doll Face is a great addition to the DI Tudor Manx series. With plenty to thrill and excite the reader, this is a book that crime lovers will certainly struggle to put down.

Doll Face is available to purchase from Amazon. (Please note that link used is an affiliate link) 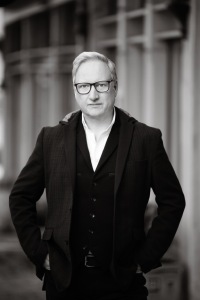 Author Bio:
If you’re looking for Dylan, you’ll more than likely find him at one of his favorite Oakland cafes writing, people watching or chatting with the local characters.
A native Welsh speaker, originally from the Isle of Anglesey, Dylan lives in Oakland, California with his wife Laura, daughter Isabella and their tireless Tibetan Terrier, Chloe.
Even though he didn’t begin writing his debut novel until 2012, Dylan has always steered his career to match his creative passions.
He was a producer at the Welsh TV Channel, S4C before taking on a creative director position at Channel 4, London.
In 1999, Dylan moved to California where he worked a copywriter in LA, writing movie trailers and TV ads.
His debut novel, Anglesey Blue, shot to the #1 Best Seller spot in Welsh Crime and was long-listed for the Guardian’s ‘Not the Booker Prize’ 2017.
The follow up, Doll Face, is released by Bloodhound Books in March 2018.
Now, a resident of Oakland for over 12 years, Dylan runs his own video content agency, Jones Digital Media, and pens the best-selling Tudor Manx Mysteries set on the island of Anglesey.
Links:
www.dylanjonesauthor.com