When the submarine departed, none of the ten people on board knew it would turn into a nightmare.

Trapped on the sunken vessel on the bottom of the ocean and unable to escape, one of them is discovered dead. The tension escalates as the survivors realise there is a murderer among them, who is preparing to strike again and again…

With mounting desperation, people begin to turn on each other. While they struggle to identify who is responsible, each must contend with their own past, the claustrophobia and the secrets they are hiding.

But who is who?  And which of them will be next to die?

Below the surface, the pressure is building and time is running out…

Have you ever had that discussion where you talk about what the worst possible way to die would be for you? Well I think I now can add being on a submarine to that little list.

The story flicks between characters when they are on the submarine and how they got to be on there. As there are a few characters it did take me a little while to settle into getting to know who is who but that didn’t stop me from being fully emerged into what was going on.

I can only describe this story as being claustrophobic and suffocating. I mean that in the bestest possible way. The author drags you into the story so it feels like you are trapped on the vessel with the characters. At times I could totally empathise with the characters as I could feel the madness setting in.

If it wasn’t bad enough to be stranded on the submarine the fact that there is a murderer amongst them makes it way more unbearable. I honestly didn’t know which one was worse, a possible death from lack of oxygen or being murdered. It was a total guessing game as to who it could be. As soon as I thought it could be one person, something happened which totally squashed that idea and I was back to square one.

Pressure reminded me very much of Agatha Christie’s, And Then There Were None. It is crammed pack full of suspense that intensifies the further into the story you get. This is one thriller that will seriously mess with your head with shocks and surprises a plenty. An absolute must read for fans of a gripping psychological thriller that will leave you gasping for air.

Pressure is available to purchase from Amazon. (Please note that link used is an affiliate link). 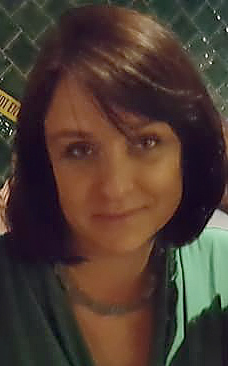 Author of  The Quiet Ones, The Optician’s Wife,  Frailty, Carrion, Beneath the Watery Moon and the poetry collection The Worm in the Bottle. Betsy was born in Hammersmith, London.

As a child she moved around frequently with her family, spending time in London, Provence, Tuscany, Gloucestershire and Cambridgeshire.

She showed a flair for literature and writing from a young age and had a particular interest in poetry, of which she was a prolific consumer and producer.

In her early twenties she moved to Oxford, where she would eventually meet her husband. During her time in Oxford her interests turned from poetry to novels and she began to develop her own unique style of psychological thriller.

Betsy says “I believe people are at their most fascinating when they are faced by the dark side of life. This is what I like to write about.”