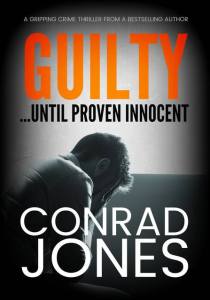 Following a storm, a body is washed up on a beach, intricately wrapped in wire mesh. DS Marcus Braddick is struck by the similarities to a triple murder case from 7 years before – A case that eluded his predecessor, Alec Ramsay.

Across the city, a teacher is accused online by a Predator hunting group. As his life unravels, a killer stalks the hunters.

Anyone that is a fan of the author will already know Braddick and Ramsay who are both in two separate crime series’. In this book the two come together to try and solve a case. I love both of the authors series’ so to have the two main characters come and work together, I absolutely loved. What’s even better for new readers, is that it really doesn’t matter if you haven’t read the authors other books as it reads easily as a stand alone.

This book highlights the worst side of social media sites like Facebook. When Richard a teacher gets accused of being with an under age girl, him and his family’s world is turned upside down. It shows how quickly things can spiral out of control and how people will jump on the bandwagon spreading lies. It is quite scary to read as so many people are always ready to believe the worst and makes you think what you would do if you were in a similar situation.

The author as usual had me hooked right from the very first page. It really makes for compulsive reading and ensured I kept turning those pages. I loved the collaboration between the two detectives and thought it worked extremely well. Guilty… until proved innocent is a must read regardless of whether you have read the authors previous books or not. It is an edge of your seat read that is guaranteed to thrill and chill it’s reader.

Guilty… until proven innocent is available to purchase from Amazon. (Please note that link used is an affiliate link). 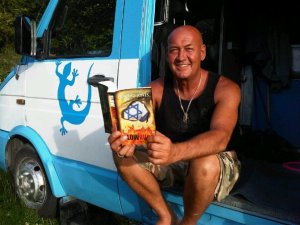 Conrad Jones is a 50-year-old Author, originally from a sleepy green-belt called Tarbock Green, which is situated on the outskirts of Liverpool. He spent a number of years living in Holyhead, Anglesey, which he classes as his home. He worked in management at McDonalds Restaurants Ltd from 1989-2002, working his way up to Business Consultant (area manager) working in the corporate and franchised departments.

On March 20th 1993 he was managing the Restaurant in Warrington`s Bridge St when two Irish Republican Army bombs exploded directly outside the store, resulting in the death of two young boys and many casualties. Along with hundreds of other people there that day he was deeply affected by the attack, which led to a long-term interest in the motivation and mind set of criminal gangs. He began to read anything crime related that he could get his hands on and links this experience with the desire to write books on the subject.

He signed a three book deal with London based publishers, Thames River Press. The Alec Ramsey series is now 7 books long with an average of 4.8 stars from over 2000 reviews. Conrad has also written The Soft Target series, which has received critical acclaim.