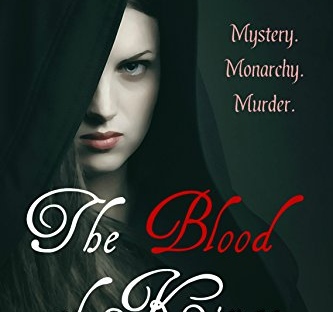 A gripping story of heartache and intrigue

1559. A girl arrives in London to search for her brother.

Aalia, an awkward, arrogant teenager plans to bring William to his senses, until she discovers that both their lives are based on a lie.

Aalia must unravels a web of secrets but has the weight of her past to contend with.

Courageous and undisciplined, Aalia gradually comes to terms with the truth that William, her brother, has royal blood.

Deciding to undermine the men who want to use him as a pawn, Aalia must negotiate a world where secrecy arms the powerful. But unwilling to ask for anyone’s help she is forced into making a fateful decision.

Who can she trust when everyone around her is plotting? Is the truth really something worth dying for?

This epic story of secrets and betrayal paints a vivid picture of Elizabethan England and asks questions that span beyond the test of time.

Everything I write is born from a need to explore the past. I’m basically an imagineer who happens to be in love with history.

After leaving school at sixteen I studied at Medway College of Art, in Rochester. The course was supposed to teach the aesthetics of design and a range of skills which could be ‘geared’ to any medium. However good the concept the course proved rather woolly. Most students dropped out before the first term had ended but instead of leaving I decided to specialise in costume and got the chance to work at ‘Bermans and Nathans’, a company which provided costumes for film, television and theatre, when they offered a six month placement for work experience. Though I loved the job it didn’t provide any income and I couldn’t afford to stay though it was an absolutely amazing experience.

My first ‘paid’ job was working as assistant designer to the most remarkable man I’ve ever known – Bruno Stern (there’s another book waiting to be written). The company was based in Dover Street and made beautiful clothes for the rich and famous. It was a wonderful place to work but after a series of rail strikes and bombs I decided to find employment nearer home.

By this time I was married to Michael and he was working as a goldsmith in Leigh-on-Sea in Essex. We lived in a beautiful cottage in the rural village of Paglesham. I found a job with a local theatrical costume company and started writing children’s books with an illustrator friend. Together we produced two books – ‘Olly the Octopus’ and ‘The Squeaky Knight’. In 1980 I began to write my first novel but then we had a season of disasters – Michael was involved in a terrible car crash, the company where he worked went bankrupt, my dear old dog ‘Buttons’ died and our beautiful cottage burned down. We both felt it was the perfect time for a change and that following year moved to Cumbria.

In 1984 we started our jewellery manufacturing company, working at first from home with two children and no other income. Michael made the commissions while I went out selling his skill. We struggled at first – finding customers, building a reputation. But since we moved to purpose-built premises in 2002 we now employ five jewellers and two design consultants.

While my children were at school I studied with the Open University. In 1995 a film producer commissioned Michael to provide props for his latest film and he offered me the job of costume consultant. Quayle Productions made docu-history films for IMEX cinemas and I worked with him for almost ten years. Because he had a very small production unit I learned about the process of telling the story and the importance of editing and structure. Meanwhile I began writing articles for specialist magazines.

The deaths of two very dear friends in 2008, both younger than me, made me realise I had yet to fulfil my ambition to write a novel. So I joined a couple of local creative writing groups and finally allowed my imagination free rein. I write every day and love the whole process of creating characters and telling their stories.

My first novel – The Blood of Kings – is published by Bombshell Books. The sequel – To Kill a Queen – is almost finished!

Angela King is a mum, daughter, gran and wife. She writes and lives in Cumbria, in a rosy sandstone cottage where past and present meet in glorious chaos. After a lifetime making stories come to life for other people she decided to make some of her own.