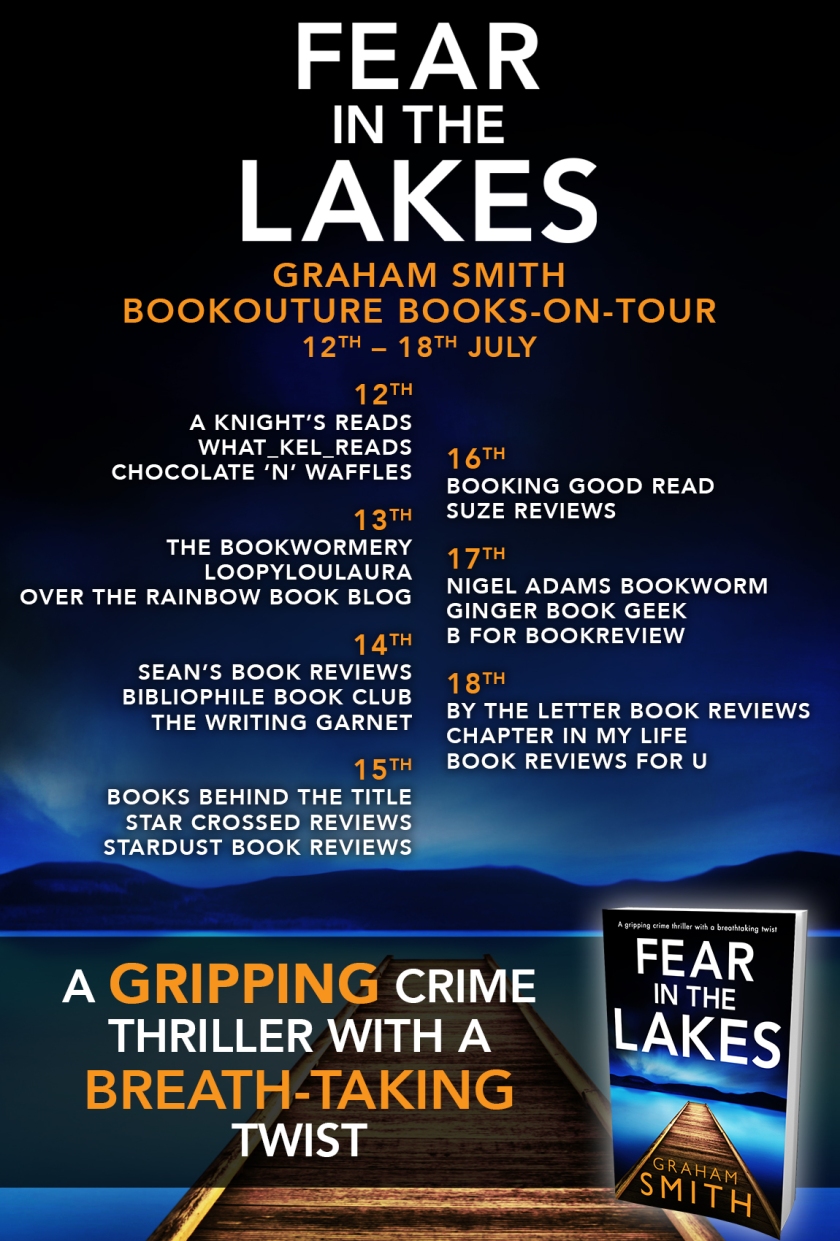 A case with no leads.
A victim with no enemies.
A killer with no conscience…

When Detective Beth Young is called to investigate a victim with multiple broken bones, nothing prepares her for what she finds. James Sinclair is fighting for his life, and Beth can’t shake the idea that the nature of his injuries suggest someone with a personal grudge against him.

But James’s devastated wife Laura insists that her kind, softly-spoken husband is a man with no enemies. She was the one with the fiery temper, but James was so calm, she’d never once managed to provoke even a cross word from him in their eight year marriage. And he was the same with everyone – she can’t name one person who might want to hurt him.

But she knows virtually no details about her husband’s childhood or his life before he moved to the Lake District as a young man, and Beth feels sure that the key to finding James’s attacker is hidden in the secrets of his past. Who was he really? And what is the significance of the coded messages that Beth finds hidden on his laptop?

Then two more bodies are found in one of the deep, picturesque lakes that the area is so famous for, exhibiting similar injuries to the ones James Sinclair suffered. How are they connected? And how many more people are at risk?

Beth knows she is in a race against time to hunt a vicious killer who is both elusive and incredibly dangerous. A killer who knows what James did in the past. Who likes to be one step ahead. But who – if they realise they’re being hunted – might come for Beth next…

Beth is back and what a case to be working on! The story starts off with a shocking and very disturbing scene that sent shivers down my spine. The author knows how to set the scene in the readers mind, which made it even more chilling.

Whilst the investigation is obviously at the forefront of this story, I like how the author gives it a heart humanising the team. He touches on topics like Alzheimer’s and sexual harassment in the work place. Things that may not directly affect us all but is very much real and happening in the world.

Beth, I just love. The combination of her work and her battling her own demons makes this an even more riveting read. I was just as invested in the case as I was in what was going on with Beth personally.

Fear In The Lakes is another great read in the series that kept me guessing all the way through. It is a dark and chilling story that had me hooked and yet again leaving me desperate for more. The author knows how to get the reader hanging off every word he writes waiting to see what each page holds in store and for the thrills and chills to keep on coming. Now just the agonising wait for the next book.

My thanks to Bookouture and NetGalley for an advanced readers copy of this book. All opinions are my own and not biased in anyway.

Fear In The Lakes is available to purchase from Amazon. (Please note that link used is an affiliate link).

Graham Smith is the bestselling author of four explosive crime thrillers in the Jake Boulder series, Watching the Bodies, The Kindred Killers, Past Echoes and Die Cold. Watching the Bodies spent over two weeks at number one in the Amazon UK chart and Amazon CA charts. Graham is also the author of the popular DI Harry Evans series and has collections of short stories and novellas. His latest novels with Bookouture are set in Cumbria and the Lake District, featuring DC Beth Young.

He is the proud father of a young son. As a time served joiner he has built bridges, houses, dug drains and slated roofs to make ends meet. Since 2000 he has been manager of a busy hotel and wedding venue near Gretna Green, Scotland.

An avid fan of crime fiction since being given one of Enid Blyton’s Famous Five books at the age of eight, he has also been a regular reviewer for the well-respected review site Crimesquad.com since 2010.

When not working, his time is spent reading, writing and playing games with his son. He enjoys socialising and spending time with friends and family.