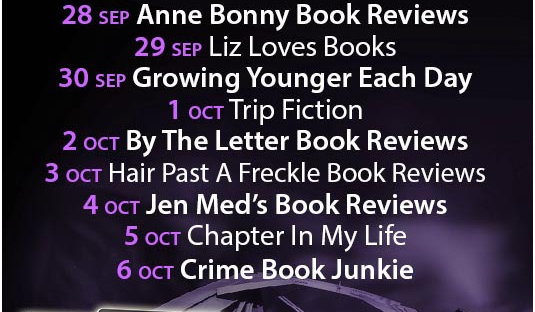 Ex-Special Forces trainee turned bodyguard Charlotte ‘Charlie’ Fox is back in this, her 13th adventure.

“If Jack Reacher were a woman, he’d be Charlie Fox.”—Lee Child

Charlie Fox has quit her job in close protection, been turned out of her apartment, and is apparently out of options.

House-sitting in rural New Jersey has to be the pits—TV and TV dinners. A far cry from Iraq… Bulgaria… Afghanistan. Unlucky or not, she happens to be around at the right time to foil a violent kidnap attempt on Helena, wife of billionaire arms dealer, Eric Kincaid.

Kincaid offers her a job looking after Helena. The rumours about Kincaid’s business empire say he’s gone over to the dark side, but Charlie is in no position to be fussy. And protecting people against those who want to do them harm is what she’s good at. But when the threats against the Kincaids escalate, and then follow the couple over to Europe, Charlie’s really going to have to up her game. It’s time to take the fight to the enemy.

Charlie’s at her best putting an end to trouble. Now she must learn to strike first. And hope that the Kincaids don’t discover the secret she’s been keeping from them, right from the start.

I’ve always said that when you write a continuing protagonist in a long-running series, you have to make a choice right from the beginning how much you’re going to allow them to change.

Keeping them static does have its distinct advantages, I must admit. For one thing, it doesn’t matter which book a new reader picks up first, as they’re not going to encounter any big spoilers for earlier stories. It’s also a lot easier for the character not to age significantly, although I think most readers accept that book-time works at a far slower rate than real time.

When I began writing the Charlie Fox series, I knew right from the outset that Charlie herself was going to develop and grow from book to book. Part of the fascination with the character for me is being able to set her personal as well as professional challenges in each story. I like to take her on a personal journey—one that she will learn from and grow in some way—quite apart from the dramatic events of the book.

At the beginning of the series, in KILLER INSTINCT, Charlie was not yet working as the close-protection specialist she later becomes. She was still very much an amateur when it came to her involvement with crime. By that I mean that she didn’t work for any kind of agency, private or government, who were paid to investigate. She gets caught up in events and has to deal with them as best she can to find a way out, protect the people she cares for, and to survive. It turns out to be very good training for what comes later.

Charlie is a little more raw at that point in her life, she’s still looking for direction and purpose after being kicked off the Special Forces training course she’d fought her way onto, and then being thrown out of the army altogether. At the start of that story she’s on the way back up from her lowest ebb, and I included a nod to her then-job working nightclub security in the latest outing, BAD TURN.

There’s no doubt she’s gained some polish and confidence since those early days. But one aspect of the character that was set in that first book was the fact that people constantly underestimate her. They take one look and think she’s going to be an easy target. How she goes about proving them wrong (oh, so wrong) is always a fun aspect of the story to write.

Even in BAD TURN, with her reputation in the close-protection industry now well established, the head of security for the couple she starts working for can’t resist testing her out. He almost gets himself shot for his pains.

Throughout the series, Charlie never quite gets comfortable with her capacity for violence when the chips are down. She can do what she has to without hesitation, but usually shies away from examining that side of her own character too closely. Her coolly clinical father usually has plenty to say on that subject. Which is why, in THIRD STRIKE, I decided that Charlie’s worst nightmare would be a ‘bring your parents to work’ day…

I try hard not to include plot spoilers for previous books, although it’s a fine balance between not mystifying the reader as to the backstory, and giving too much away. Even when I had the main bad guy from FOURTH DAY reappear in the next book, FIFTH VICTIM, I avoided revealing his identity by only referring to him by the fake name he’s using in that book.

Charlie’s difficult relationship with her former army instructor, Sean, who becomes her partner, is the subject of much discussion among my readers. Although he doesn’t play a role in BAD TURN, maybe he will turn up again at some future point. She misses him the way she’d miss a severed limb but that doesn’t mean to say things can ever be worked out between them.

And besides, in BAD TURN, Charlie makes a decision in a moment of weakness regarding her personal life that may well come back to haunt her in the future. But that, as they say, is another story…

Zoë Sharp created the no-nonsense heroine of her highly acclaimed Charlotte ‘Charlie’ Fox crime thriller series after receiving death-threat letters as a photojournalist. She opted out of mainstream education at the age of twelve and wrote her first novel at fifteen. She has been making a living from writing since 1988. As well as her award-winning series, she has written standalone works, collaborations with espionage thriller John Lawton, and numerous short stories. Her work has been used in Danish school textbooks, inspired an original song and music video, and been optioned for film and TV. www.ZoeSharp.com