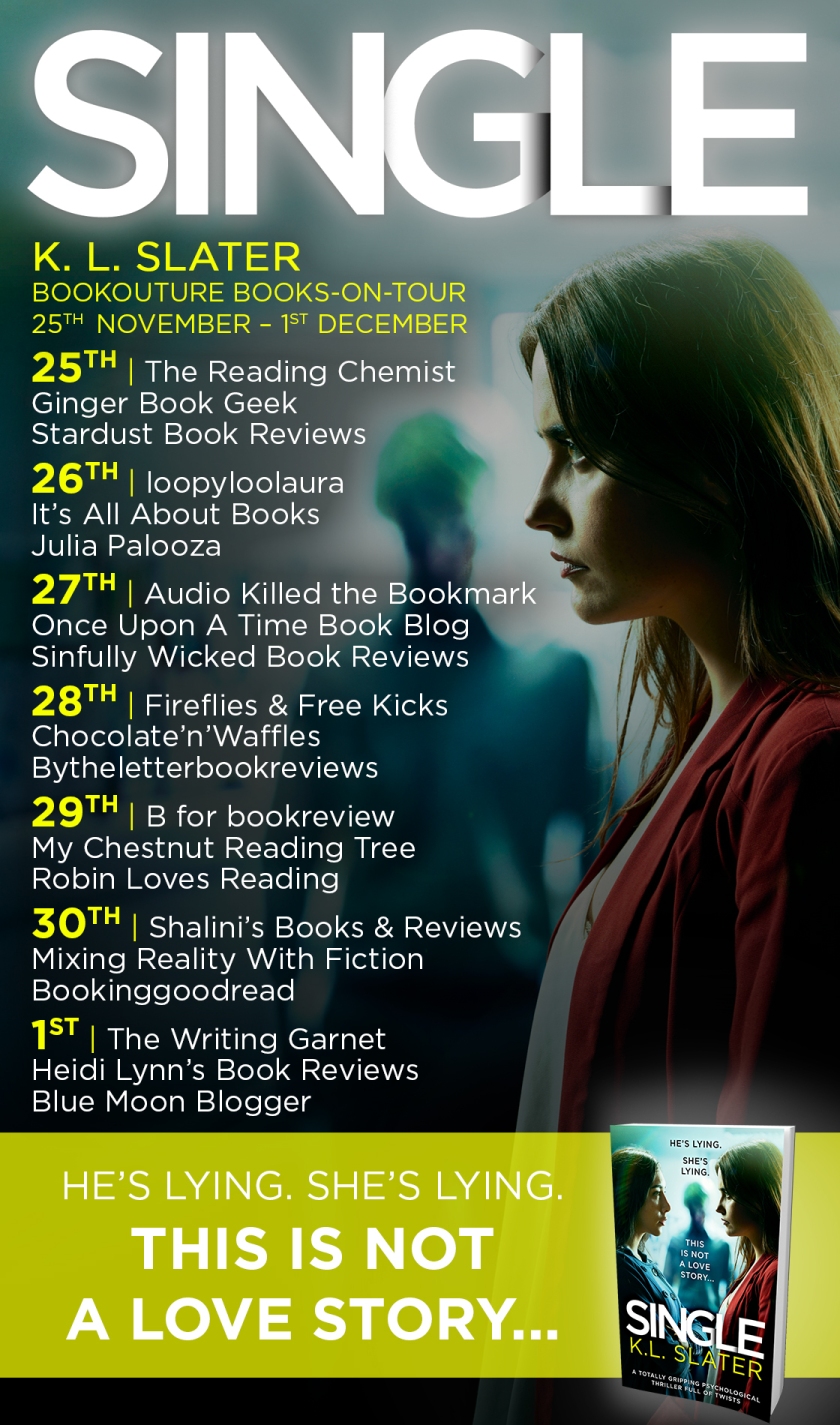 ‘I keep feeling like I’m being watched – dropping the boys off at school, choosing wine at the supermarket – but when I turn around there’s nobody there…’

When single mother Darcy’s son falls from a rope bridge at a local playground, life stands still. She clutches his small, limp body, frozen, until a pair of strong hands push her aside, and she watches as George, a local doctor, saves her son’s life.

George is a single parent too, and with his twinkling hazel eyes, easy charm, and lack of wedding band is almost too good to be true, but coffee becomes lunch, lunch becomes dinner, and soon they can’t go an evening without seeing each other. When he invites her to move into his beautiful home with its sprawling garden for her boys, Darcy doesn’t hesitate.

But as Darcy is settling in, she receives a bunch of flowers with a chilling message. George says they’re from an obsessed ex-girlfriend, Opal, and days later Opal turns up at Darcy’s son’s football match. She claims to have shocking information that could threaten George’s custody of his daughter.

Darcy doesn’t know who to trust, but she’s starting to suspect that, whatever the truth, she might have put her beloved boys into terrible danger …

From the million-copy-bestselling author K.L. Slater this utterly gripping psychological thriller will make you gasp out loud as you race towards the unforgettable twist. If you loved The Girl on the Train and The Wife Between Us this book is for you.

Finishing Single has literally left me lost for words. I mean how am I supposed to review this story? It has blown my mind. Seriously, obliterated it. It is mind numbingly brilliant. Honestly, if you want twisted, they don’t come more twisted than this.

Darcy was someone I had a lot of empathy for. She has struggled with her mental health due to the death of her husband but wants to move on with her life. Her in laws whilst they come in handy, are a constant thorn in Darcy’s side as it’s obvious they mainly care about the relationship between themselves and their dead son’s children. I was really routing for her when she meets George.

With the genre of book this is, I just knew that trouble wasn’t far away and boy I wasn’t wrong. There were quite a few parts in the story that I had to go back and reread as I couldn’t comprehend what I’d just read. Not because I had got lost but because the author literally knocked me sideways with revelation after revelation of which I hadn’t seen any of it coming.

Single is an outstanding read. Plain and simple, outstanding. With each book I consume by the author, she just gets better and better and keep thinking there’s no way she can top her last one. She does though and not only has she raised the bar with Single but she has well and truly smashed it. Bravo!

My thanks to NetGalley and Bookouture for an advanced readers copy of this book. All opinions are my own and not biased in anyway.

Single is available to purchase from Amazon. (Please note that link used is an Amazon Affiliate link).

Her titles are published in eBook by Bookouture and in paperback by Sphere (UK) and Grand Central (USA).

For many years, Kim sent her work out to literary agents and collected an impressive stack of rejection slips. At the age of 40 she went back to Nottingham Trent University and now has an MA in Creative Writing.

Before graduating in 2012, she gained literary agent representation and a book deal. As Kim says, ‘it was a fairytale … at the end of a very long road!’

Kim is a full-time writer. She has one daughter, two stepsons and lives with her husband in Nottingham.