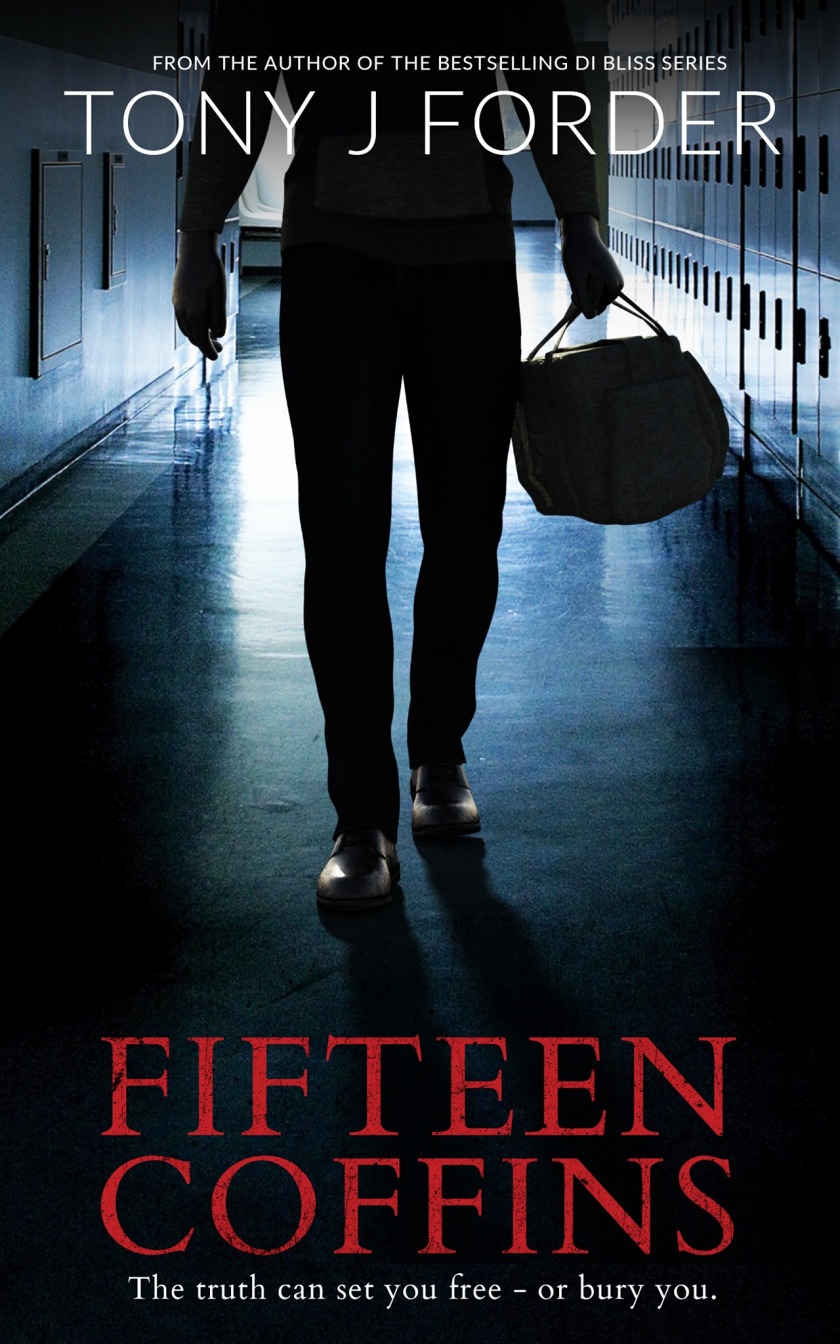 Super excited to be able to share that Tony J Forder’s FIFTEEN COFFINS blog tour starts November 2nd!! Join Book On The Bright Side and these awesome bloggers as we share the book love.

From the bestselling author of the DI Bliss series comes an enthralling mystery thriller.

The truth can set you free – or bury you.

When FBI Agent Sydney Merlot returns to her home town in northern California to wind down her late father’s PI business, she soon finds herself on the wrong side of the aftermath of a high school shooting.

Sydney’s childhood friend – who is now county sheriff – plus the local PD, the mayor’s office, and most of the town’s inhabitants, are convinced the horror ended when the gunman was killed. Now they just want to be left alone to mourn. But Sydney has other ideas – and she is not alone.

While having to work through her own personal grief, Sydney is openly intimidated and receives anonymous threats. After discovering she is under surveillance, she begins to fear for her life. During her investigation she gains several allies, but as the days pass, Sydney doesn’t know who to trust, and which new friends might actually turn out to be foes…

WOAH! Sounds like a BRILLIANT read, right?! If you are already intrigued – you can pre-order a copy right now for this enthralling mystery thriller HERE! See you November 2nd!!